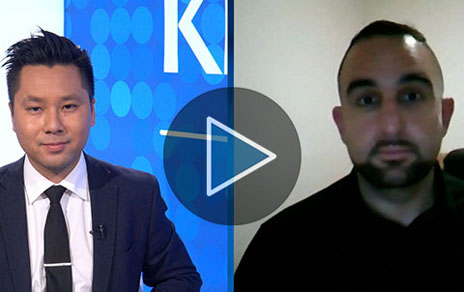 (Kitco News) – Despite Ethereum underperforming Bitcoin recently because of the so called “Ethereum killers,” Aydin Kilic, COO of HIVE Blockchain, is still very bullish on Ethereum. The “Ethereum killers” are competitors like Solana, Polygon, Cardano, and others.

“Ethereum is still seen as the prime conduit, well developed and the largest smart contract blockchain. It is still within the context of DeFi, and NFT’s,” Kilic said.

Kilic explained how a major upgrade to Ethereum called London earlier this year, which included the Ethereum Improvement Proposal(EIP) 1559, aimed to change the way transaction fees, or “gas fees” are estimated. “What happened with EIP 1559, were egregious transaction fees were actually attenuated, and it ironed out those fees,” he said. “I looked at the 60 days

before and after EIP 1559, and we were still seeing a very healthy figure in mining economics post EIP 1559. I think there’s great demand in mining for Ethereum, and EIP 1559 makes it more predictable and profitable for users who want to use Ethereum blockchain.”

Ethereum and Bitcoin have moved in tandem with each other for the past year, with some outperformance from Ethereum. “I think that the relationship between the Bitcoin price and the Ethereum price both rising over a period of time — might be coincidental or may be driven by investor consumer sentiment,” Kilic said. “I would point out and distinguish that one must understand the fundamental economics of mining, which is contingent on the price and the difficulty.”

HIVE Blockchain mines both Bitcoin and Ethereum. Kilic compared the two cryptocurrencies in terms of mining profitability. “Ethereum mining is incredibly lucrative. It’s a little bit more involved than Bitcoin mining in terms of the day-to-day operation,” Kilic emphasized. “Ethereum is more profitable than Bitcoin mining – if you look at it in terms of profit density based on power consumption, it’s almost three times more profitable now, which is remarkable.”

Kilic cautions investors looking to invest in cryptocurrencies to separate mining economics from the price chart. “Bitcoin reached a peak of 60,000 earlier this year. But later when there was a huge drop in difficulty, even though the Bitcoin price was not as high, mining economics recovered substantially to their peaks in Q1 this year — so it’s a function of both,” he said.

“People like to say there’s economies of scale, but it’s more about economies of efficiency when you are developing a crypto mine.” Kilic continued. “How good is your PUE, how cheap is your power, how can you dollar cost average your op ex down, allocate capital in an intelligent way so you are getting hash rate up online within the shortest time period for deploying that capital, making sure that you’re not overpaying for your ASICs or your GPU’s.”

For more on Kilic’s view on cryptocurrencies, watch the full video above. Follow David Lin on Twitter @davidlin_TV.