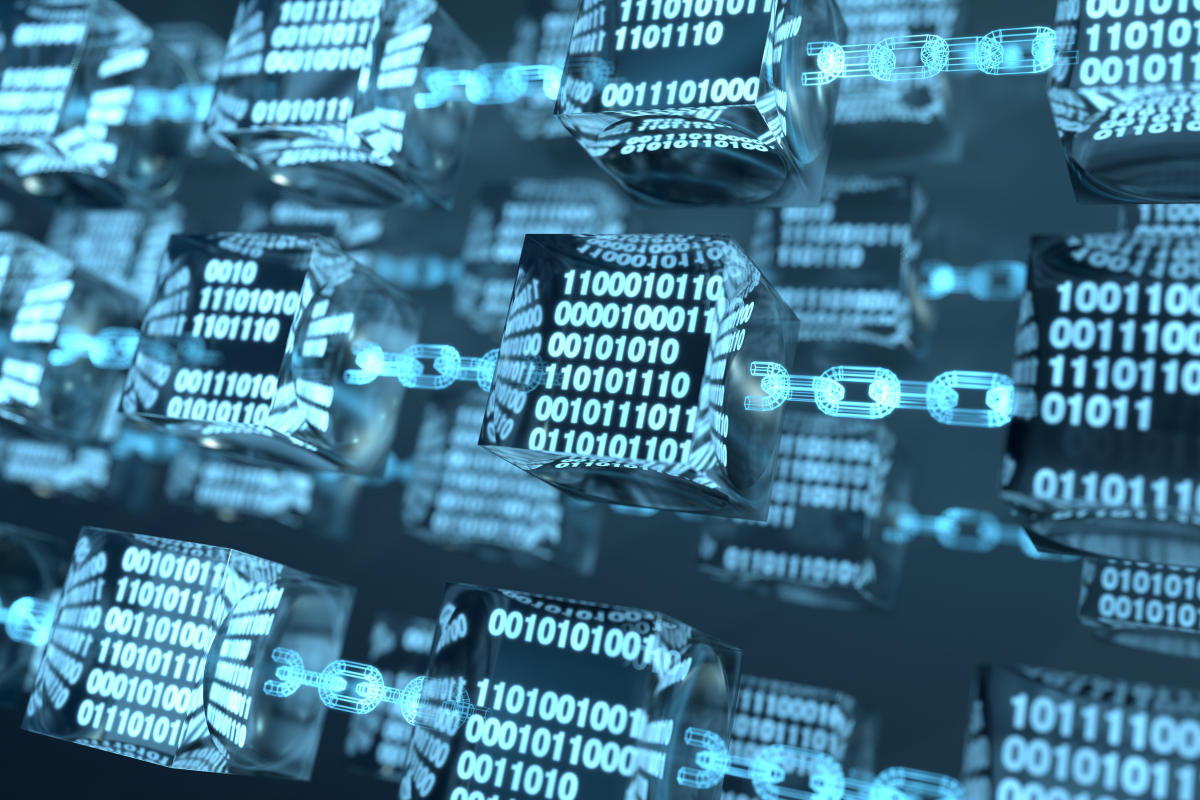 War in Ukraine, raging inflation and a clouded economic outlook were top of mind for executives at financial firms last week as they recapped an underwhelming quarter on Wall Street in their post-earnings calls with investors. But another widely-cited topic in those conferences went largely under the radar: heavy talk of imminent blockchain plans from some of the industry’s biggest firms.

BlackRock (BLK), JPMorgan Chase (JPM) and Goldman Sachs (GS) were among the major financial institutions reporting quarterly results last week whose CEOs addressed a growing demand for digital asset services from clients during earnings commentary to investors, also hinting at plans to embrace blockchain technology on a wider scale — a turnabout for the financial services industry, which once shunned the crypto craze, as more institutions buy in.

“BlackRock is studying digital assets and their associated ecosystem, including crypto assets, stablecoin, tokenization and permission blockchains, where we see a potential to benefit our clients and capital markets more broadly,” BlackRock Chief Executive Officer Larry Fink said during the company’s Q1 2022 earnings call on April 13.

The comments came days after the world’s largest asset manager revealed it made a minority investment in the global internet payment firm Circle, which is also the sole issuer of USD coin, a dollar-based fully reserved stablecoin.

“BlackRock has always led by listening to our clients, by anticipating and embracing change and investing in ahead of their future needs,” said Fink.

But the remarks are an about-face for Fink, who only recently began embracing the likelihood that digital assets are here to stay, most notably in his letter to shareholders last month when he said Russia’s war in Ukraine could accelerate the adoption of digital currencies by central banks. In 2017, Fink called bitcoin “an index of money laundering.”

In an earnings conference on April 13, JPMorgan CEO Jamie Dimon was less expressive about the bank’s plans to incorporate digital assets into its operations but touted that the company was building out “blockchain-type things” when asked about its payments business, adding that more details would be revealed during JPMorgan’s investor day, which is set for May 23.

A spokesperson for JPMorgan did not immediately respond to Yahoo Finance’s request for more information.

Echoing a similar change in sentiment to Fink, Dimon — who once called bitcoin “worthless” — in his own shareholder letter out earlier this month outlined JPMorgan’s financial technology efforts, including the use of a blockchain to move tokenized U.S. dollar deposits with its own JPM Coin.

“Decentralized finance and blockchain are real, new technologies that can be deployed in both public and private fashion, permissioned or not,” Dimon wrote.

“Many central banks are looking at digital currencies and working to apply this technology to the local markets and determine the longer term impact on global payment systems,” Goldman CEO David Solomon said during an April 14 post-earnings call. “There is also significant focus on cryptocurrencies like Bitcoin where the trajectory is less clear as market participants evaluate their possibility as a store of value.”

Solomon said during the call that cryptocurrency, blockchain and the digitization of money will spur “significant disruption and change in the way money moves around the world.”

Read the latest financial and business news from Yahoo Finance