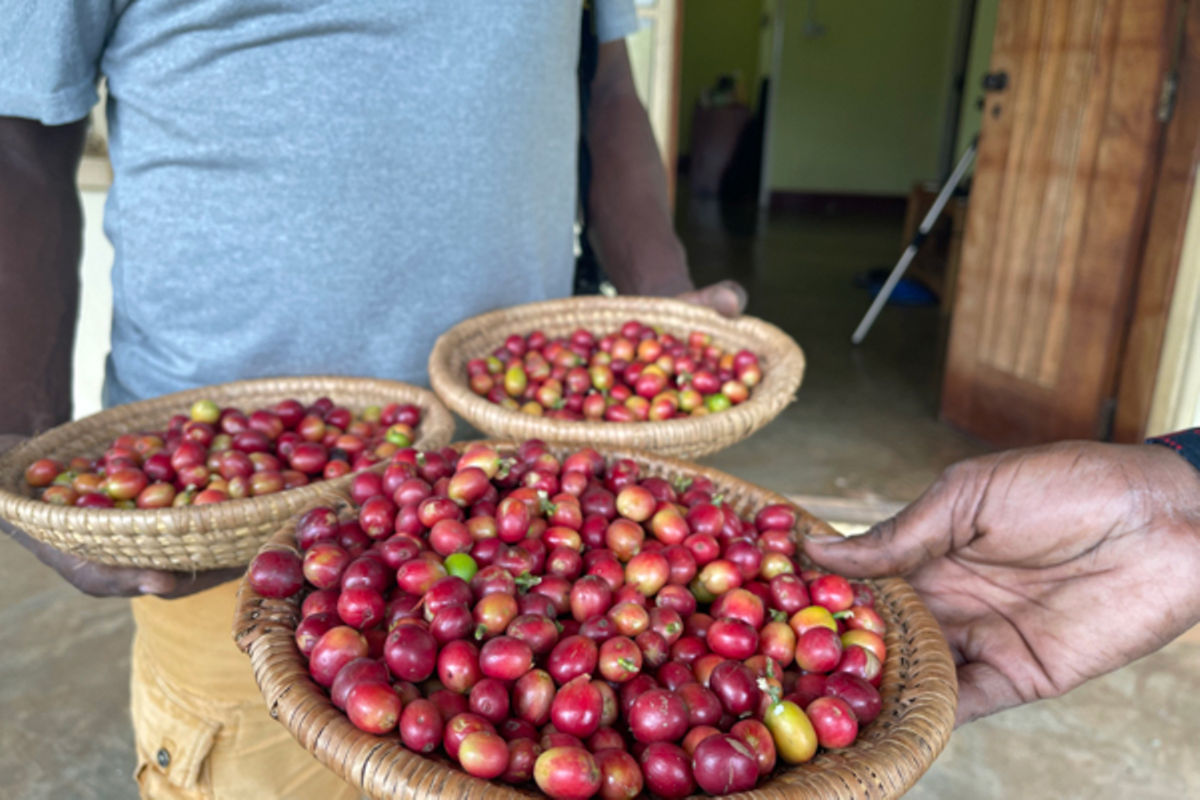 Coffee business has been in the news lately. Stakeholders in the coffee sector met at Coffee City in Ntinda a Kampala suburb to deliberate on ways local players can bolster their participation in the sector.

“Over time, our coffee sector has become dominated by multinationals. They control 80 percent of the coffee export volume and Ugandan cooperatives control 10 percent volume. We have organised the price risk management workshop to address that and see how Ugandan organisations and cooperatives can improve the export market,” says Wilber Kayinga, a business advisor at Agribusiness Development Centre (ADC), a farmer based organisation that promotes sustainable agriculture.

Farmers and cooperatives members were equipped with monitoring skills and how best they can secure good contracts, fix good prices and export to big buyers on the international market.

Uganda has two coffee seasons, in March/April and in September. The major take-aways from the workshop for Stephen Mugoya, a finance manager with Ankole Coffee Producers Cooperative Union in Kabwohe, Sheema District, were the importance of coffee farmers sharing experience on how the seasons went because the September season was a competitive one.

“There was stiff competitive for the crop. We have also learnt from each other on strategies we need to take to mitigate risks of trade in coffee. I am confident of leaving richer because I have been contacted of local and international buyers. The facilitators training us do a lot of research and benefit from their knowledge of what global trends are,” Mugoya explains.

President Museveni has tasked UCDA which is mandated to promote and add value to the beverage, to up the exportation volumes to 20 million 60 kilogrammes bags.

Uganda exports the graded green coffee berry. According to the International Coffee Organisation (ICO), an intergovernmental organisation for coffee, global exports of green beans in March 2022 totalled 11.79 million 60kg bags, compared with 11.48 million bags in the same month of the previous year, up 2.6 percent.

80 percent of the coffee produced in Uganda, is Robusta and 20 Arabica. Robusta coffee is of high value and popularly blended by top roasters around the world given its rich aroma.

According to Mayanja,  they are in the process of profiling coffee as per the district or area it is grown just the way Ethiopians do as a way of attracting and attaching a higher price.

At a recent training workshop on price risk management organised under the auspices ADC, Kizito’s two cents were the need to build and strengthen cooperatives.

Markets are driven by prices and for any business, there is some level of risk but the farmer or anyone in coffee business would need to know how to deal with or avert risks should they encounter them.

Mugoya,  says that sharing strategies will go a long way in mitigating risks of trade in coffee.

In establishing a coffee farm, UCDA advises that a farmer needs to space the trees, Robusta plants is 10 feet by 10 feet and between Arabica ones is eight by eight feet.

You are then required to dig the right size of holes – two by two feet long and wide and four feet deep. While digging holes, heap the top soil on one side and bottom soil on another side and add manure to the dug-out soil and return it into the holes.

Mark the centre of the holes and leave them for two to three months before planting then obtain coffee plantlets from Certified Coffee Nurseries. During the planting season, UCDA tips that you can plant very early in the morning or late in the evening.

You will need to remove the polythene pot cover before planting the seedling/cutting and provide temporary shade to the newly planted coffee plantlets and water in case of water stress.  Water conservation channels are important in coffee. When the coffee plantlets have attained a height of about one and a half foot or six to nine months after planting, they should be trained, that is bent in an east to west direction where the sun rises or sets to initiate multiple branches from which the lowest and most healthy two are selected and maintained together with the original plantlet. This ensures higher yield and profitability per tree.

The coffee garden should always be mulched and free of weeds. Beans and bananas are good intercrops for coffee. Continuous de-suckering of the coffee plants should be practiced preventing development of a microclimate that encourages pests such as Black Coffee Twig Borer (BCTB).