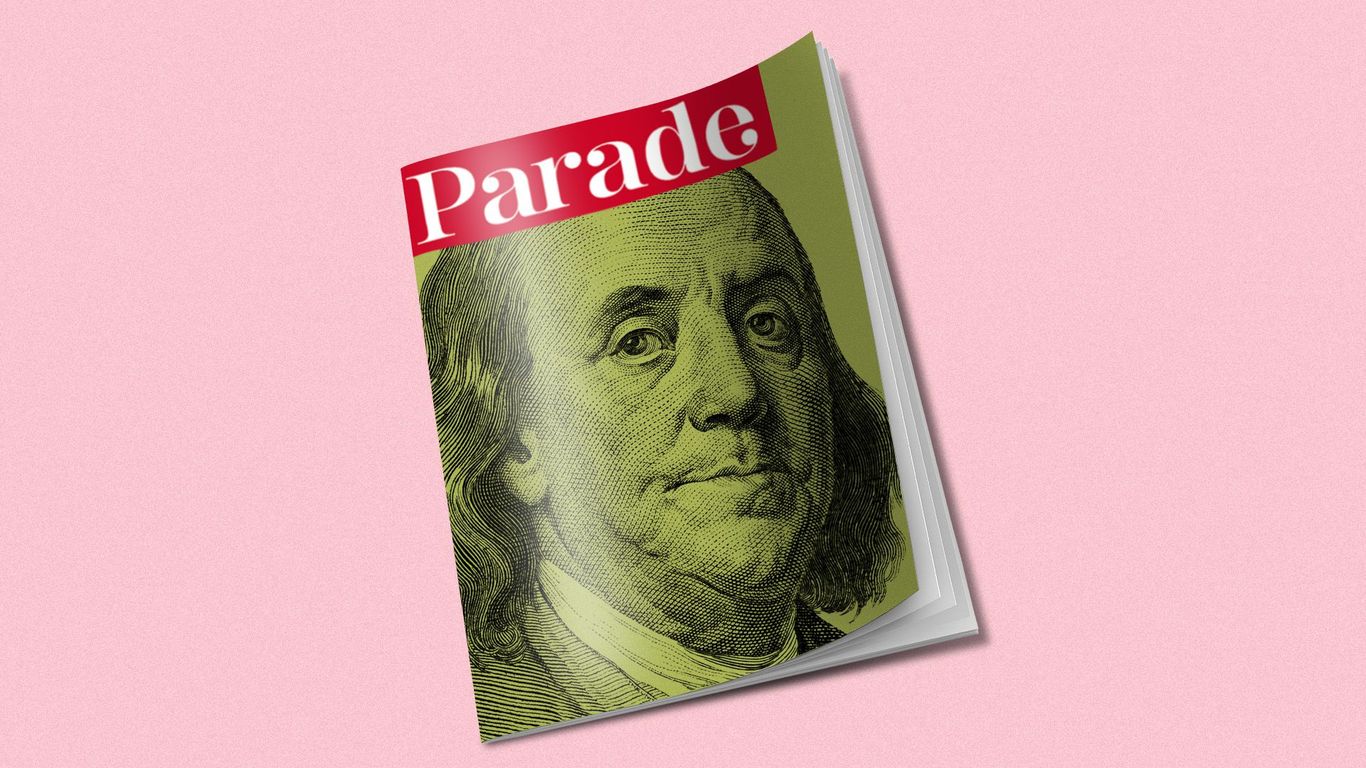 The Arena Group, a digital publishing company formerly called Maven, plans to acquire AMG/Parade, the parent company to the storied American magazine Parade, in a $16 million cash and stock deal.

Why it matters: AMG/Parade will anchor The Arena Group’s new push into lifestyle content and will boost its sports vertical, per Ross Levinsohn, CEO of The Arena Group.

Catch up quick: AMG acquired Parade from Advance Publications in 2014. It has been widely-distributed via local newspapers for decades. Despite the fall of print, Parade is still distributed to millions of households weekly via newspapers like The Atlanta Journal-Constitution, The Baltimore Sun, Boston Globe and others.

Details: The Arena Group will acquire all of the issued and outstanding shares of AMG/Parade for $16 million in cash and equity, per a statement.

Between the lines: The Arena Group, which rebranded from theMaven Inc. in 2021, operates over 200 digital brands across three main categories: sports, finance and lifestyle. Most of its traffic comes from its sports properties.

The backstory: The Arena Group, then called Maven, struck a deal to operate and license Sports Illustrated’s media business in 2019. It acquired TheStreet a few months later, for $16.5 million in cash.

The big picture: The deal comes days after The Arena Group said it planned to uplist its shares to the New York Stock Exchange from the smaller OTCQX exchange.