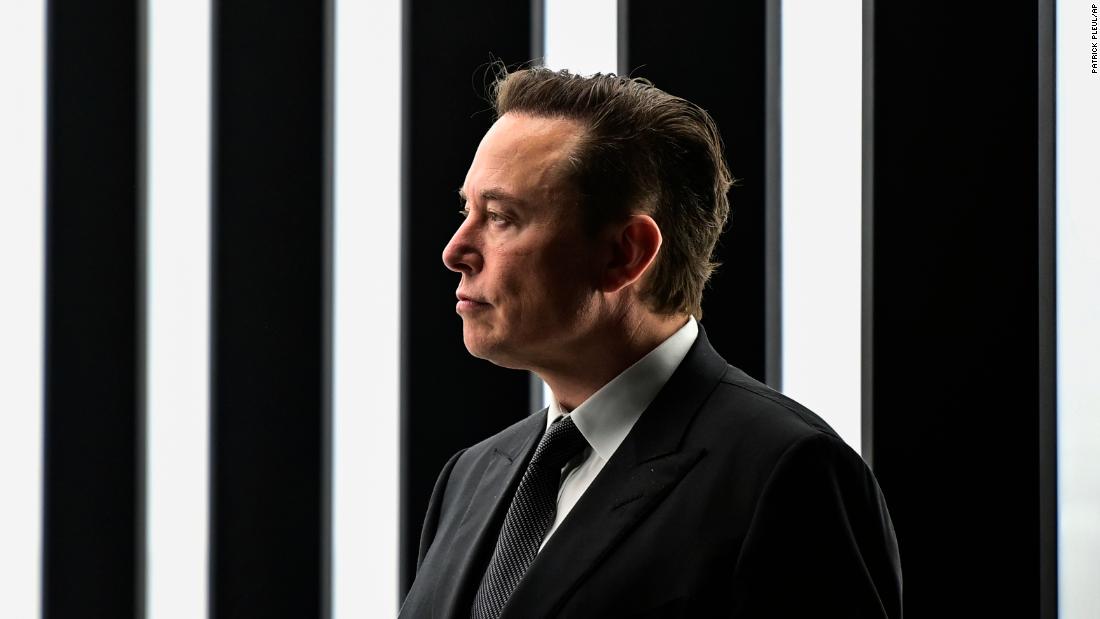 “Everyone will still blame me for everything,” Musk said during an on-stage interview at the TED conference on Thursday. “If I acquire Twitter and something goes wrong, it’s my fault 100%. I think there will be quite a few errors.”

Sounds promising. So why exactly does the world’s richest man — who is already running multiple companies with ambitious goals like taking humans to Mars — want to buy Twitter (TWTR), a social media platform which, for all its benefits, is facing scrutiny for content issues like hate speech and misinformation, and also fighting to reignite user growth?

Musk has repeatedly stressed in recent days that his goal is to bolster free speech on the platform and work to “unlock” Twitter’s “extraordinary potential.” Others have suggested he may be more interested in boosting attention for himself, whether or not the deal goes through. Twitter’s leadership, shareholders and employees are now left to ponder this question in the wake of Musk’s stunning offer on Thursday to acquire all the shares in Twitter he does not own at a valuation of $41.4 billion.

The offer capped off a whirlwind 10-day period during which Musk revealed he had become the company’s largest shareholder, accepted a position on the board only to ditch it, and tweeted throughout about how Twitter may be dying and should consider eliminating the “w” from its name, among other suggestions. Even by the standards of Twitter — a company that has faced executive turnover, public interest from potential acquirers and no shortage of outside scrutiny — Musk’s push is a lot.

Inside Twitter, longtime employees are used to dealing with big changes, said Jenna Golden, who led the company’s political sales team in Washington from 2012 to 2017. She believes many are currently keeping their heads down and trusting their leaders to help weather the storm. But Musk’s oscillations may make it difficult to stay focused.

Twitter CEO Parag Agrawal seemed to allude to that difficulty in a memo Sunday, in which he wrote, “there will be distractions ahead.” Following an all-hands meeting Agrawal held with staff Thursday afternoon, however, some employees took to Twitter to express frustration with the lack of answers about what Musk’s bid could mean for them, and with the suggestion that they should just keep working through the disruption.
The company now appears to be bracing for what could be a drawn-out acquisition drama. Twitter’s board of directors is said to be weighing its options, according to reporting from the New York Times and others about the all-hands meeting Thursday. One of those options could be implementing a defensive tactic known as a “poison pill,” which would give other shareholders the right to buy up shares on the cheap, effectively diluting Musk’s ownership stake and potentially forcing him to the bargaining table.
Even so, there seem to be sincere doubts about whether Musk, a successful but sometimes erratic entrepreneur who ended up in hot water with regulators in 2018 after falsely suggesting that he had secured funding to take Tesla private, is serious about moving forward with the deal. Despite being the richest man in the world, there are questions about how he would come up with the cash to finance the nearly $42 billion deal. Musk himself admitted Thursday that closing a deal would be challenging, saying, “I’m not sure I’ll actually be able to acquire it.”

Twitter’s stock fluctuated a bit Thursday but remained mostly flat, closing around $45, well below Musk’s offer price of $54.20 per share. The lack of enthusiasm — unusual after a takeover offer — suggests investor skepticism about the deal going through.

To hear Musk tell it, the goal of his Twitter offer is nothing less than protecting civilization as we know it.

“This is not a way to make money,” Musk said at the TED conference. “My strong intuitive sense is that having a public platform that is maximally trusted and broadly inclusive is extremely important to the future of civilization.”

Among Musk’s plans for the platform are making its algorithm open source and also making it more transparent to users when, for example, a tweet has been emphasized or demoted in their feed. He also said Thursday that he would want to have more lenient content moderation policies. “I think we want to be very reluctant to delete things and just be very cautious with permanent bans; timeouts are better,” Musk said.

However, it’s not clear that his plans are all that much different from Twitter’s existing strategy. Although Twitter’s algorithm is not currently open source — a term that describes code that is publicly available for anyone to see — leaders at Twitter have expressed support for moving in that direction, and the company often makes clear when it is demoting certain tweets or types of content. Twitter has also erred on the side of labeling, rather than outright removing, much of the content often considered problematic, including some types of misinformation. And it offers several short suspensions to users who violate its rules before removing them.

In some cases, Musk’s expressed desire for freer speech on the platform also seems to contradict his other goals, and past actions.

During his interview Thursday, shortly after saying he would want to preserve as much legal speech as possible and would be hesitant to remove users from the platform, Musk said another one of his major priorities would be to limit “the spam and scam bots, and the bot armies that are [on] Twitter,” accounts which, while certainly a nuisance, are nonetheless legal speech. Musk has also previously sought to remove a Twitter account dedicated to tracking the movements of his private jet by offering to pay off the college freshman running the account (the account owner declined).

‘A desperate attempt for Musk to garner attention’

Other followers of the Tesla (TSLA) and SpaceX CEO have suggested that Musk’s takeover bid has more to do with burnishing his own reputation and preserving his voice on his favorite platform.

Musk has long used Twitter to build his brand and communicate with his more than 80 million followers, and troll those he views as his detractors. In that context, his offer would be in keeping with a long history of wealthy individuals buying up media properties as a way to prop up their image.

“Elon Musk’s offer to buy Twitter is a desperate attempt for Musk to garner attention,” David Trainer, CEO of research firm New Constructs, said in an investment note Thursday. “He is only offering to buy Twitter because Twitter is the place where Musk is most popular.”

Some Twitter users pointed out that even Musk’s offer price, $54.20 per share, contained the number “420,” one Musk is known for using to make cannabis jokes.

What Musk does next

Musk said in his Thursday letter to Twitter that if the board rejects his bid, he would “need to reconsider my position as a shareholder,” a move that could cause Twitter’s stock to tank. He later hinted on his Twitter feed that he could also make life difficult for Twitter’s board if they put up a fight to his offer, with not-so-vague suggestions of litigation and mobilization of other shareholders.

“If the current Twitter board takes actions contrary to shareholder interests, they would be breaching their fiduciary duty,” Musk said on Twitter Thursday evening. “The liability they would thereby assume would be titanic in scale.”

Musk has previously asked on Twitter whether a new social media platform is needed, and he could, if his bid for Twitter fails, ​”attempt to raise the capital necessary to create a similar social media platform to compete with Twitter,” Morningstar Senior Equity Analyst Ali Mogharabi said in an investor note Thursday. But Mogharabi added that it could be a “tough task” to attract “millions of daily active users, as Twitter had at the end of 2021.”

If Donald Trump’s new social media platform Truth Social, which has struggled to get off the ground, is any guide, internet users aren’t necessarily clamoring for a new platform that claims to be a free speech alternative to the Big Tech companies.

Should the deal go through, Musk could change everything from Twitter’s platform policies to its workplace culture, said Golden, the former employee, who described the billionaire as “incredibly unpredictable” and “a loose cannon.” The prospect of even more turbulence than normal, she added, “creates concern and anxiety for people as to will things change, ‘What will this look like? Will this affect our internal experience? How will this be viewed in the outside world?”

Twitter’s culture is known for being inclusive and friendly, she said. “With someone like Musk running the show, that puts a lot of that into question.”

Brian Fung contributed to this report.