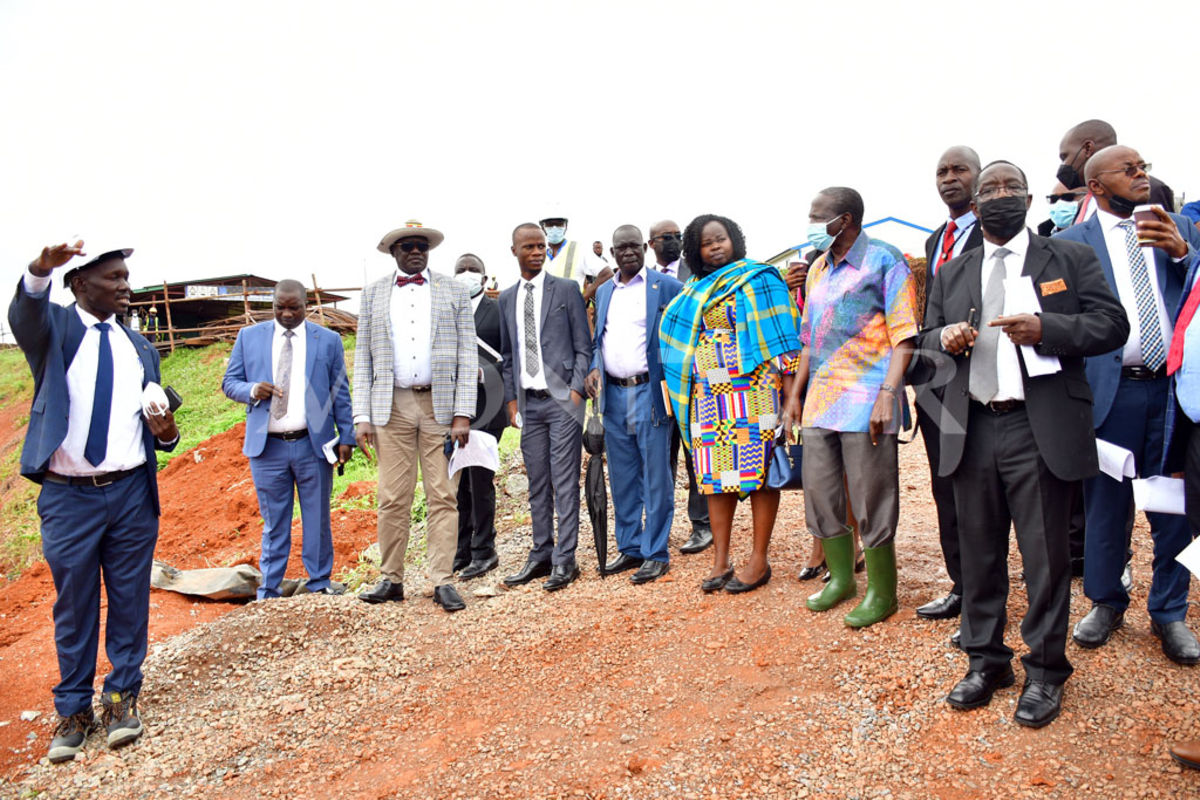 Hardly a week goes by in Uganda in which there is no public controversy and outcry over the misuse of public funds or the questionable awarding of a government contract or job.

The latest involves the announcement that an Italian-led company, Uganda Vinci Coffee Company Limited, had been awarded a contract in February to establish a coffee-processing plant at the Kampala Industrial and Business Park in Namanve on the Kampala-Jinja highway.

The new plant is intended to install a roaster for Ugandan coffee beans and is expected to start with 27,000 tonnes a year and later reach a maximum capacity of 60,000 tonnes.

This, it is hoped, will deliver the long hoped-for value-addition to Uganda’s coffee; rather than export raw coffee beans to the global market as has been the case for decades, roasted beans fetch a higher price and so Uganda will step up the value chain and earn much more export revenue.

Above suspicion
This seems like a reasonable deal, except that few things over the last 30 years involving government have never gone according to plan or been above suspicion.

The proprietor behind the Uganda Vinci Coffee Company, Enrica Pinetti, happens to be the same woman who three years ago was awarded a multi-billion dollar contract to build a high-end hospital, the International Specialised Hospital at Lubowa on the Kampala-Entebbe highway.

Ever since she got that Lubowa contract, little has been seen of construction work at the site and so, from Members of Parliament to members of civil society, the media and the general public, to award this coffee contract to an entrepreneur who had not shown any results at Lubowa was another sign of what is wrong with the Museveni government — a government that seems determined to auction Uganda’s national assets to foreigners.

This new contract for the Uganda Vinci Coffee Company brought back memories in older minds of a time that Uganda had its own government-owned coffee processing corporation but collapsed in the mid-1990s under the oversight of the NRM government.

The Coffee Marketing Board (CMB) was a parastatal agency created by the Uganda government in 1963 to oversee Uganda’s coffee marketing and export.

Coffee would be bought from the smallholder farmers, stored in bulk at the processing plant in Bugolobi, Kampala, packed and then exported to the international market.

In the 1970s with Uganda under an international economic boycott by the West because of President Idi Amin’s controversial policies and stunts, the Uganda Air Cargo C-130 transport planes were used to fly Uganda’s coffee to Djibouti in the Horn of Africa, to be shipped on to Europe and other markets.

There was a lot of murmuring and resentment when in 1981, President Milton Obote appointed the army chief of staff, Brig David Oyite-Ojok, as the chairman of the Coffee Marketing Board.

One explanation was that because Uganda had only recently emerged from the 1979 war with Tanzania and the eight years of economic decline under Amin, Obote needed to have CMB under the leadership of somebody he could trust to be honest and loyal, as Uganda needed export revenue now more desperately than ever before.

A second explanation was that Oyite-Ojok was an exceptionally powerful figure in the post-Amin era and was regarded as more or less the force behind the UPC government; he had demanded this position as the head of CMB as a personal reward for his role in the ouster of Amin in 1979 and if he did not get it, he was the type of man to overthrow Obote for a second time.

Whichever the correct rumour, it indicated just how important the Coffee Marketing Board was in the Ugandan economy, at par one could say with what NSSF or Uganda Revenue Authority are in Uganda today.

President Obote himself, who was keen on Uganda’s economic recovery, had taken on the portfolio in 1981 of minister of Finance and it was he who used to personally present the annual budget estimates in that capacity as Finance minister.

In theory, it should not matter to the tens of thousands of Ugandan coffee farmers whether the country has a government-owned coffee marketing agency, an Italian-owned company, or as is the case with the Bugisu Cooperative Union in Mbale, a cooperative society to buy their coffee in bulk and process, then export it.

Provided they get paid in full and at a fair price for their harvest, this should not be a problem.
A private company such as Uganda Vinci has every incentive, in search of profit, to handle Ugandan coffee efficiently and export it profitably to company and country.

Politically, however, the new coffee deal had brought back all the bitter memories of the privatisation process in the early 1990s that went badly, parastatals were sold at a loss or under questionable circumstances or to shady owners.

Daily Monitorgot itself into trouble with government in 2005 when it published a lead story that Uganda Dairy Corporation, the State-owned dairy company located in Bugolobi, had been sold to a Kenyan dairy company for just $1.

Politically, the Uganda Vinci coffee deal is already feeding into the long-standing narrative and conspiracy theories that the NRM government has a plan to impoverish Opposition strongholds like Buganda and Bugisu which also happen to be the main coffee-growing parts of Uganda.
Coffee is not just another cash crop, just another export earner.

It is an emotive subject and sensitive political matter. It makes for a good political rallying cry.
The Katikkiro (prime minister) of Buganda, Charles Peter Mayiga, on April 17, criticised the central government’s handling of the Vinci coffee deal, wondering why the Mengo government had not been consulted.

Mayiga for the last four years has engaged in an aggressive drive to encourage farmers in Buganda to grow more coffee, viewing this as their best way out of rural poverty and, also, as a direct way in which Buganda can revive her economic circumstances.

It does not help the NRM government’s case and reputation that the new coffee-processing deal happens to be awarded to a company that has nothing to show for it at Lubowa.

The new Speaker of Parliament, Anita Among, on Wednesday, April 20, indignantly told Parliament that she would adopt a tough stance on this Lubowa hospital matter, taking to social media platform Twitter that night with a post stating:

“We expect a report from the chairperson of the Finance Committee on Lubowa hospital tomorrow, we need to save this country. How can a hospital take three years without even a foundation in sight?”

In that indignant tweet, Speaker Among revealed traces of the questioning spirit that had originally led her to join Opposition party FDC.

Among might as well have asked what happened to the luxury apartment and business complex that was supposed to have been constructed at Naguru to replace the old low-income housing estate there.

It won’t be long before the Speaker discovers for herself why a hospital construction project can take three years without even a foundation stone being laid.

This is the Uganda of the NRM government, where nothing is ever what it appears on paper.