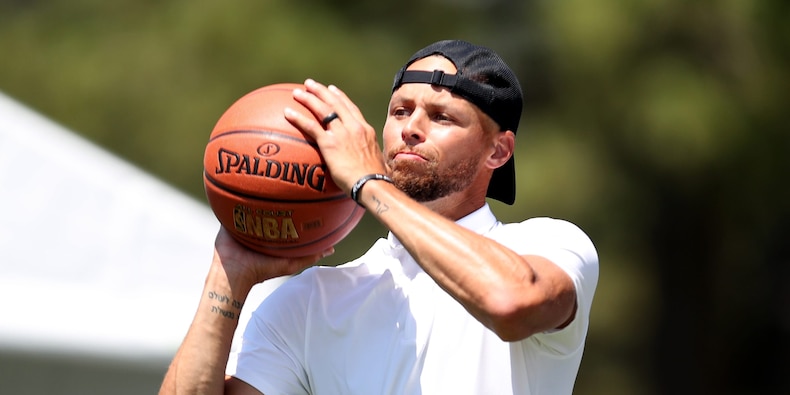 Golden State Warriors player Stephen Curry took to Twitter this week to get tips for getting started in crypto and got responses from thousands of users, including MicroStrategy boss Michael Saylor, cardano founder Charles Hoskinson and football star Tom Brady.

The National Basketball Association player started a thread on Tuesday and asked “Just getting started in the crypto game…y’all got any advice??” which launched a twitter thread with over 20,000 responses. Saylor, data provider Coinmarketcap, Cardano’s Hoskinson and Binance exchange’s Academy pointed him to resources.

Later, on Tuesday, exchange FTX posted a light-hearted video on Twitter announcing the player would be joining its ranks and investing in a crypto company for the first time. The purpose of Curry being an ambassador is to expand the reach of the crypto firm and “tout the viability of cryptocurrency to new audiences around the world,” FTX said in a press release.

“I’m excited to partner with a company that demystifies the crypto space and eliminates the intimidation factor for first-time users,” Curry said in the statement.

FTX, which was founded by crypto billionaire Sam Bankman-Fried, is the third biggest exchange by volume, behind Binance and Coinbase. The company signed a deal in June with NFL star Tom Brady and his supermodel wife Gisele Bündchen, under which the pair took an equity stake in the company and would receive crypto.

“FTX is like-minded when it comes to giving back to the community in meaningful ways and I can’t wait to see what we can achieve together,” Curry added.

The partnership also includes FTX providing an annual contribution to the charity he runs with his wife Ayesha, called Eat.Learn.Play., that is focussed on improving nutrition, education and active living for children in America.

“After meeting and speaking with Stephen, it was clear that he is a seamless fit for FTX. His tireless commitment to charity alongside a ferocious work ethic to become the greatest in any arena he steps foot in, whether it is basketball, investing or business, perfectly align with FTX’s core values,” Bankman-Fried, who is CEO of FTX, said in the press release.

“I look forward to working together with Stephen to create a positive impact for those who need it most in the world,” Bankman-Fried continued.