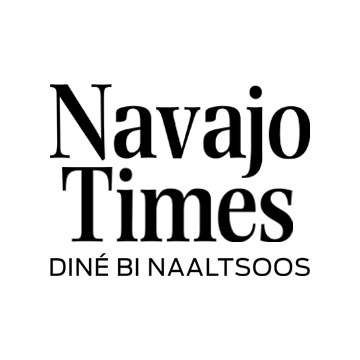 Legislation introduced by Delegate Eugene Tso a month ago that would repeal a section of the Diné Marriage Act of 2005 to “acknowledge and recognize” marriage equality among “all people” has been withdrawn to accommodate revisions and fortify the bill.

In a big surprise during Tuesday’s Budget and Finance Committee meeting, just after Chairman Jamie Henio motioned to move the bill to a Council work session for further debate, Tso came on the teleconference line and abruptly withdrew it.

“The prime sponsor will be withdrawing this legislation 054-22,” said Henio.

Tso explained to B&F that additional research, petitions, comments and proposed amendments were still being received that can be integrated into the bill to fulfill its intention.
He said the bill will likely be considered again, with a new tracking number, during the Council’s summer session.

“His plan is to introduce a revamped version of the legislation that will have additional amendments to it,” speaker’s office Communications Director Alray Nelson told Navajo Times. “We were definitely caught off guard as well, but that’s the explanation.”

In its current form, the bill already includes proposed amendments to sections of the Navajo Nation Code that would need to be updated to conform with the repeal.

For example, it would amend the common-law marriage criteria and the Navajo Nation marriage license form to be gender-neutral by changing appearances of “husband and wife” to “spouses.”

The bill would also repeal the current prohibition on same-sex marriage.

When the bill was first introduced, Diné Pride Program Manager Josie Raphaelito told Navajo Times that she and her wife were in full support of the “historic” legislation that will send a profound message across the United States and the world that the Navajo Nation accepts the LGBTQ+ community.

“As Diné people, we carry the responsibility to treat each other with the same love and respect that our Holy People used to create all living beings,” said Raphaelito.

“Our laws should allow us to choose to marry the person we love and equally protect us from hate and discrimination,” she said.

The bill states that it is in line with the U.S. Supreme Court ruling that the fundamental right to marry is inherent in the liberty of a person and couples of the same sex may not be deprived of that right and that liberty.

It further recognizers that Navajo society accepted “multi-gendered” individuals who played important roles in history prior to European arrival, which brought religious influences that viewed homosexuality as a sin.

This led to a decline in acceptance of lesbian, gay, bisexual, transgender, questioning/queer, two-spirit, (LGBTQ+) tribal members, the bill says.

Tso said the role of the Navajo government is to secure fundamental rights for all Diné.

He told Navajo Times that the new, fortified version of the bill will include language to clarify for some delegates that, as it stands, Navajo Nation law is not accepting of certain people, including same-sex couples, which is equivalent to discrimination.

“Some of them go off the reservation and get married, but they can’t come back in because we can’t honor their marriage license,” said Tso.

This also impacts the ability for same-sex couples to receive benefits that are available to other married couples on Navajo, including through the workplace.

Tso said there are highly educated LGBTQ+ tribal members, including doctors and lawyers who are reluctant to come back to the reservation because of these issues and feel disenfranchised from their own government.

“I want them to come back and help the Nation, but we’re dishonoring them and pushing them aside,” he said. “Even one of the Council delegates said, ‘They’re not normal,’ which really hurts. You know, they’re Navajos!”

Tso says once the bill is revised, he thinks there will be enough votes to pass it, which requires approval of two-thirds of the Council, or 16 votes. The legislation would then go to President Jonathan Nez for his signature.

Raphaelito said it would be a relief to know that that human rights as a married same-sex couple would finally be protected under Navajo law.

“Marriage equality would allow us to make our dream of returning home to Diné Bikéyah to live and build a home among our family a reality,” she said.

The summer session comes before the 2022 general election and delegates and Nez will have to take a stand on the same sex marriage issue, whether they are for or against it, if the modified bill is on the agenda.

“They have to vote with their heart,” said Tso. “We really need to make them understand what we’re doing to our people.”