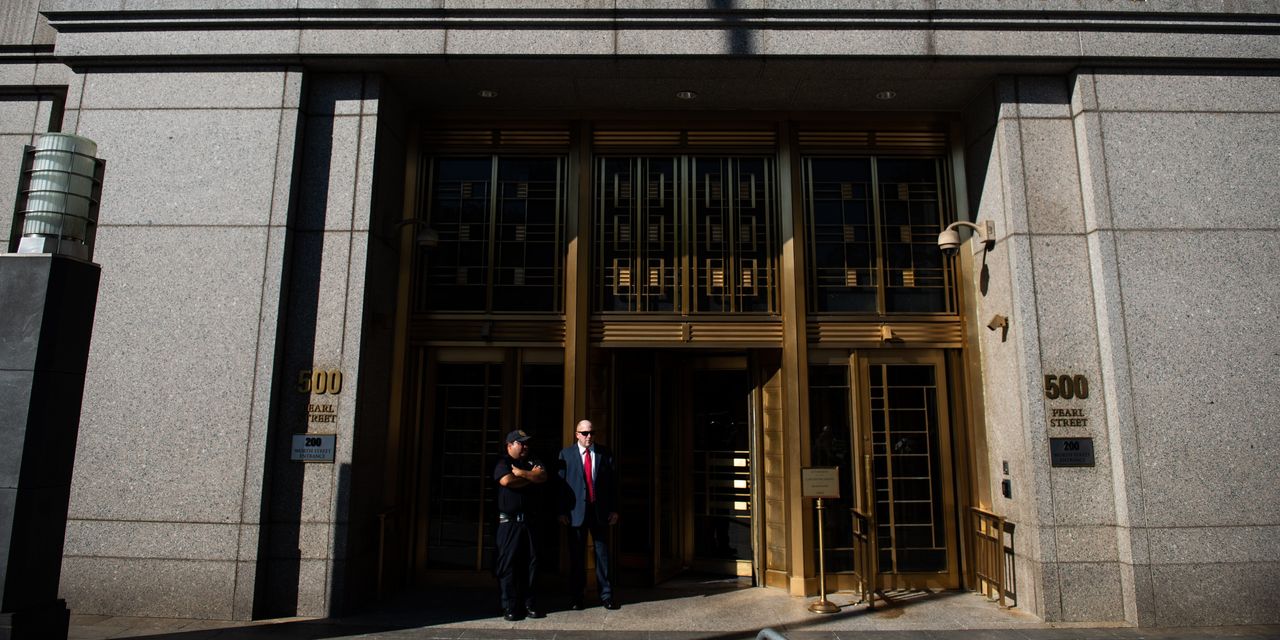 As his criminal trial was set to start, a cryptocurrency expert pleaded guilty to conspiring to violating U.S. law by traveling to North Korea to give a presentation on how to use blockchain technology to launder money and evade sanctions.

entered the plea in federal court in Manhattan on Monday, before jury selection was to begin in his trial. The former senior researcher for the Ethereum Foundation was arrested in November 2019 after attending a conference in Pyongyang earlier in the year. A federal grand jury convened by the U.S. attorney’s office for the Southern District of New York indicted Mr. Griffith on one count of allegedly conspiring to violate the International Emergency Economic Powers Act, which prohibits U.S. citizens from exporting goods, services or technology to North Korea.

Brian Klein, a lawyer for Mr. Griffith, said Monday that his client “is sincerely remorseful.”

“Setting aside what happened, he has made important contributions to society that we will raise with the court,” Mr. Klein said. “He also has many wonderful qualities, and no one should define him by this mistake.”

U.S. attorney for the Southern District of New York, said in a statement that Mr. Griffith jeopardized the national security of the U.S.

“As he admitted in court today, Virgil Griffith agreed to help one of our nation’s most dangerous foreign adversaries,” Ms. Strauss said.

The trial was expected to raise questions of free speech. It also was expected to delve into North Korea’s history, culture and relations with the U.S., as well as the prevalence of information about blockchain technology on the internet, according to filings from prosecutors and Mr. Griffith’s lawyers.

While prosecutors say Mr. Griffith provided valuable information at the conference, his lawyers previously said in filings that he didn’t violate the law because he didn’t provide any service to North Korea. Mr. Griffith, who has a doctorate from the California Institute of Technology in computational and neural systems and has frequently spoken on panels about blockchain technology, gave a talk to about 100 people at the Pyongyang conference, providing basic information that could be found on the internet by anyone, his lawyers previously said. As such, his talk was protected by the First Amendment, the lawyers said.

Prosecutors said Mr. Griffith conspired to violate the sanctions law by planning with others to give the presentation at the conference without receiving approval from the U.S. The presentation amounted to services to North Korea, prosecutors said, because it provided valuable information tailored to a North Korean audience. It emphasized that U.S. or U.N. sanctions couldn’t stop the use of blockchain technology, according to prosecutors.

A criminal complaint says Mr. Griffith, who resided in Singapore, secured from the country’s diplomatic mission in Manhattan a visa to travel to North Korea. In April 2019, he entered North Korea through China, though he hadn’t obtained approval from the U.S., according to the complaint. Treasury Department and State Department officials had warned him about travel to the country, the complaint says.

Before his arrest, Mr. Griffith told a Federal Bureau of Investigation agent that the North Korean government approved his presentation’s topics in advance of the conference, according to the complaint. He also told the investigator that bitcoin could make North Korea virtually independent from the global banking system, prosecutors said.

The U.S. and the United Nations Security Council have tried to constrain North Korea’s efforts to build its nuclear weapons program by enacting tough sanctions, including bans on trade, finance and weapon sales.

A representative for Mr. Griffith’s employer, the Ethereum Foundation, didn’t respond to a request for comment. The foundation is a nonprofit organization set up to support Ethereum, a popular cryptocurrency platform.

the co-creator of Ethereum, previously said on

that Mr. Griffith went to North Korea without help from the foundation and many counseled against the trip.

Mr. Griffith’s lawyers previously filed a motion to dismiss the indictment based on a disclosure from prosecutors that FBI agents who weren’t part of the investigation accessed data seized from Mr. Griffith’s Twitter and

accounts as part of a search warrant.

prosecutors said, and was marked as either responsive or nonresponsive to the investigation.

Prosecutors said in filings that they believed only their investigative team had access to the material. However, in August, prosecutors said they learned that the documents were accessible by other FBI agents. Some of the data, including material marked as nonresponsive to Mr. Griffith’s case, was accessed by FBI agents in connection with separate investigations, according to prosecutors.

Judge Castel said he would decide on the motion to dismiss after the trial. However, Mr. Griffith’s plea on Monday voided the motion.

Palantir said in a statement that the document-review platform has robust access and security controls.

“The customer also has rigorous protocols established to protect search warrant returns, which, in this case, the end user did not follow,” the statement said.