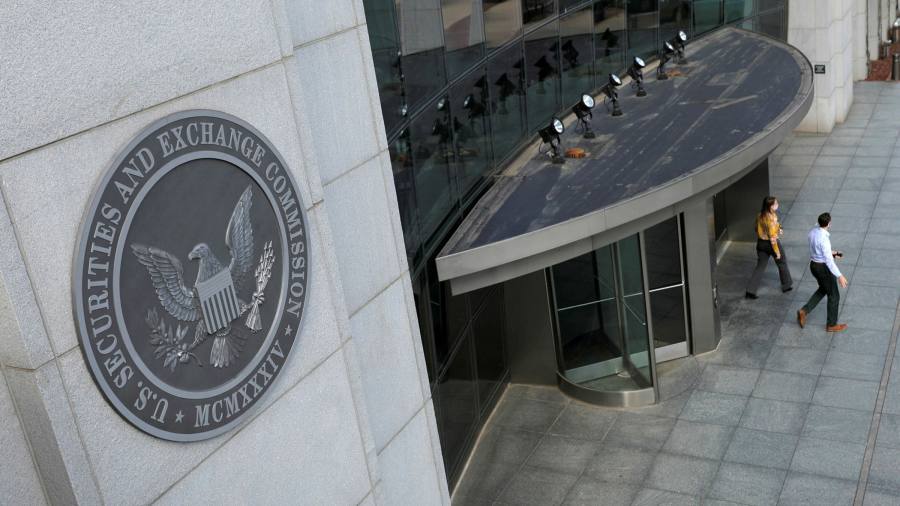 Dechert partner Timothy Spangler well remembers standing next to a whiteboard on Franklin Templeton Investments’ San Mateo campus in California, about three years ago. He was with some of the asset manager’s senior executives.

The hype about blockchain technology — which instantly creates secure digital records on a distributed database — was close to fever pitch. Experts across the world were speculating on its potential to disintermediate old financial services systems where simple jobs can take days.

Franklin Templeton wanted in, and executives had gathered to brainstorm ways to exploit blockchain. But, unlike many other companies hunting for a blockchain application, Franklin Templeton — which has $1.5tn of assets under management — happened on an idea it would actually execute. It was also one it predicted could generate big savings for clients.

“We came up with the idea of a mutual fund whose shares were built on a blockchain,” recalls Spangler. It resulted in Franklin Templeton’s OnChain US Government Money Fund — the first mutual fund to use blockchain to process transactions and record share ownership.

Mutual funds, which pool investments across low-risk assets such as government bonds, are owned by almost one in two households in the US. Traditionally, they are administered through brokerages, but redeeming holdings is not instant.

Spangler says a mutual fund powered by blockchain can trade 24 hours a day, 365 days a year, so “you don’t have to wait 24 hours to have a human being shuffle the paper around”. It will also result in a more secure system and a “highly significant decrease in fees”, he says, though he admits the level of those savings has “yet to be determined”.

The blockchain technology that powers transactions for the OnChain fund is the only feature that makes it different from the many similar funds Franklin Templeton has been creating and selling for decades. Still, securing approval took months of extra negotiating with regulators.

“We made it very clear that this was not about trying to sneak [cryptocurrency] bitcoin and crypto into a money-market fund,” explains Spangler. He says the Securities and Exchange Commission, the regulator that licenses such products, saw “clear blue water between blockchain technology in the abstract and highly volatile cryptocurrency being put into retail [investment]” products.

More stories from this report

Franklin Templeton stressed that the only thing changing was how records were kept and how transactions were done. The move had already been made from paper ledgers to spreadsheets stored in the cloud. Using blockchain technology was a “minimal change”, it argued.

“If you see it as just the next tech upgrade, it’s not nearly as frightening in that sense,” Spangler adds.

The SEC was persuaded — after an approvals process that took significantly longer than the four to six months that is typical for new products. The OnChain fund launched in pilot form in April, with $1.4m of seed money and investment from Franklin Templeton’s US employees.

Its gross expense ratio is 3.5 per cent, which is far higher than the 0.52 per cent on the manager’s $3.3bn US Government Money Fund, partly reflecting the blockchain fund’s pilot status. The fund is also yet to benefit from the cost savings of blockchain because it is maintaining traditional records in parallel.

If you see it as just the next tech upgrade, it’s not nearly as frightening

Spangler thinks the market does not realise how disruptive OnChain could be, and sees potential for it to pave the way for other funds, from Franklin Templeton and rival asset managers. “A number of my clients believe that . . . in a small number of years the near entirety of transactions in financial assets will either occur on the blockchain or be blockchain facilitated,” he says.

Spangler adds that Franklin Templeton’s work with the SEC means approving new blockchain-based funds will take only about 10 per cent longer than for traditional funds.

Asset managers could also look at putting existing funds — or part of them — on a blockchain infrastructure. In one approach, an asset manager could carve out units of an existing fund, put them in a digital depository and create the digital equivalent of a depository receipt for ownership. Those receipts could then trade on the blockchain.

“I don’t think any of this is flying cars,” Spangler says. “Every year from now is going to be marked by a step change in the permeation of blockchain in financial services.”

He is not worried that consumers might find the idea of blockchain-based funds too radical. “We buy cars without having any idea how the engine runs,” he says. “No one is being forced to buy blockchain based products. It’s an opt-in process.”

WINNER: Sullivan & Cromwell
Luxury US retailer Tiffany & Co hired the firm to advise on its acquisition by LVMH Moët Hennessy Louis Vuitton, the French luxury group. After the deal was initially agreed in 2019, the lawyers perceived that LVMH might be trying to delay closing, to negotiate a better price. The lawyers spent several months preparing for litigation.

When LVMH claimed in September 2020 that the French government had instructed that the deal be put off until the new year, the law firm was able to respond by filing a complaint with the court in Delaware. The lawyers’ preparedness helped Tiffany close the deal for $131.50 per share, which was down from the originally agreed price of $135 but substantially higher than LVMH’s proposed $120.

Kirkland & Ellis
In June 2020, the firm represented food-delivery service Grubhub in its acquisition by rival Just Eat Takeaway.com. To manage the business uncertainty at the time, in the middle of the Covid-19 pandemic, the deal terms included a tiered approach to risk allocation, in which Grubhub was able to make some business decisions without approval, whereas others required consent from Just Eat. The approach has since been used by the firm as a template for other deals. The $7.3bn transaction closed in June and created one of the largest food-delivery services globally.

Paul, Weiss, Rifkind, Wharton & Garrison
The firm represented PRA Health Sciences — a US-based organisation to which life sciences companies outsource research — when it was acquired by Irish competitor ICON. The lawyers secured terms that ensured ICON could not claim “material adverse effects” of the Covid-19 pandemic on PRA’s business as a reason to not complete the deal. This type of company is a relatively new phenomenon and the acquisition presented novel antitrust questions on top of the complexities of a cross-border transaction.

Ropes & Gray
Led by partner Hannah England, the firm advises on collaboration deals between leading pharmaceutical companies and smaller biotechnology businesses. Unlike acquisitions, in which a Big Pharma company might bring a biotech business’s research in-house, these joint ventures are designed to facilitate continuing collaborations that enable more innovation. This way, the lawyers can think less adversarially and adopt a longer-term view.

The firm worked on seven of the 15 biggest deals of this kind in 2020, including a $3bn agreement between biotech company Shape Therapeutics and pharmaceutical group Roche on a treatment for neurodegenerative diseases.

For the latest news and views on fintech from the FT’s network of correspondents around the world, sign up to our weekly newsletter #fintechFT