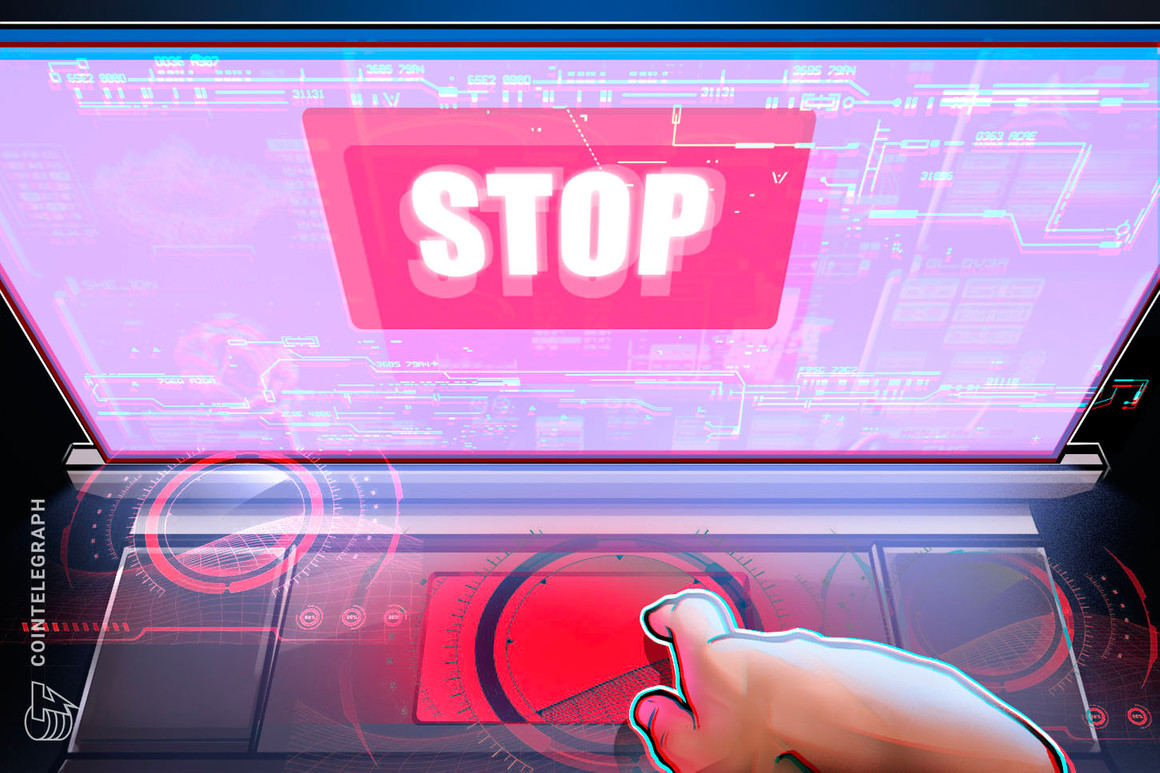 Binance confirmed the move on May 13, with spot trading for LUNA/BUSD and UST/BUSD trading pairs being suspended. It’s not clear when the withdrawals for LUNA and UST will continue, as the crypto exchange simply stated that it will wait for the issues with the Terra network to be solved.

It is the latest move by the world’s largest cryptocurrency exchange by trading volume following one of the most significant black swan events to hit the space since the inception of Bitcoin (BTC) in 2009.

Binance Futures delisted coin-margined LUNA perpetual contracts on Thursday despite plans to salvage the floundering LUNA and UST. Terra blockchain validators were forced to take the network offline on May 12 in an effort to stem potential governance attacks following the crash of the network’s LUNA token.

Related: Untethered: Here’s everything you need to know about TerraUSD, Tether and other stablecoins

Binance founder Changpeng “CZ” Zhao took to Twitter to address the situation, with the exchange ever cautious about decisions that may have further effects on markets and cryptocurrency prices.

CZ said the move was necessitated by Terra validators’ decision to take the network offline, which resulted in no deposits or withdrawals possible to or from any exchange. The Binance CEO believes the decision to suspend trading on its platform would safeguard unwitting investors who continued to acquire LUNA in the hopes of capitalizing if and when the LUNA network resumes operation:

“Some of our users, unaware of the large amounts of newly minted LUNA outside the exchange, started to buy LUNA again, without understanding that as soon as deposits are allowed, the price will likely crash further. Due to these significant risks, we suspended trading.”

CZ noted that Binance aimed to maintain neutrality in regards to users and industry peers and typically refrained from issuing comments or actions towards other projects. The ongoing debacle meant that CZ was left with no choice but to break that rule:

“I am very disappointed with how this UST/LUNA incident was handled (or not handled) by the Terra team. We requested their team to restore the network, burn the extra minted LUNA, and recover the UST peg. So far, we have not gotten any positive response or much response at all.”

Terra’s LUNA and its algorithmic stablecoin Terra USD suffered a dramatic crash on May 10, as UST lost its $1 peg. The system was designed to automatically maintain its peg to the U.S. dollar — with the failure leading to a systematic devaluing of UST while LUNA tokens began to be minted at an unprecedented rate.

The crash was cataclysmic, as the value of LUNA sunk 95% in space a week. Terra founder Do Kwon released a short-term roadmap to try and revive the ecosystem. The proposal entailed burning $1.4 billion UST while staking 240 million LUNA tokens in an effort to stem the devaluation of the UST $1 peg.