President Joe Biden’s Department of Labor officials met with business lobbying groups and leaders on Friday in an effort to gather support for upcoming rules mandating vaccines or tests at places of work.

Among the major measures the president announced this week to get more Americans vaccinated, one high-profile move was missing: requiring vaccines or negative tests to get on an airplane.

China said it had developed vaccines for the beta and delta variants after two phases of trials were completed. Indonesia recorded the fewest number of daily deaths since June, while cases in Moscow surged to their highest since mid-August as schools opened after the summer vacation.

Hawaii launched a digital proof of vaccination, and almost 20,000 people downloaded it in the first half hour after its release on Friday, the Honolulu Star Advertiser reported. On Monday, proof of vaccination will be required in many businesses and public venues in Hawaii.

Vaccine passes have been contentious with several states banning them outright, but a few, including New York, California and Illinois, have issued ways to store and present proof of vaccination digitally.

Pregnant women make up a third of patients in the intensive care at Mississippi’s largest hospital, the Clarion Ledger reported, quoting doctors. Four of 11 pregnant women with Covid-19 admitted to the University of Mississippi Medical Center in the last three weeks died, the newspaper reported, with 10 of the 11 babies born still alive, though premature.

None of the women were vaccinated, said Rachael Morris, the hospital’s maternal-fetal medical specialist, according to the newspaper.

Lowland gorillas at Zoo Atlanta have tested positive for Covid-19, likely spread through an infected caretaker, the zoo said in a statement on Friday. Zoo workers noticed that some gorillas were showing symptoms like coughing and loss of appetite, and they were tested. The Atlanta Constitution Journal reported that 13 of the 20 gorillas tested positive.

“We are very concerned that these infections occurred, especially given that our safety protocols when working with great apes and other susceptible animal species are, and throughout the pandemic have been, extremely rigorous,” Sam Rivera, senior director of animal health at the zoo, said in the statement.

Zoo animals around the U.S., including other gorillas, have caught Covid-19 and some have been given vaccines.

Hundreds of people gathered in Istanbul to protest against the government’s vaccination campaign and other measures to contain the coronavirus pandemic, including the requirement to wear face masks in all public areas. Maskless protesters at a square in Maltepe district listened to a number of heated speeches, including that of Abdurrahman Dilipak, a columnist at Islamic news outlet Yeni Akit, and called for the resignation of Turkey’s health minister.

The Turkish government took new precautions as the spread of the delta variant pushed daily Covid cases above 20,000. As of Sept. 6, anyone traveling between cities or attending a cinema, concert arena, or theater must show a vaccine card or negative PCR test taken in the previous 48 hours. To date, almost 65% of Turkey’s adult population have been fully vaccinated and more than 80% have received first dose, allowing all businesses that had previously limited or suspended their activities to reopen.

Moscow new daily Covid-19 infections jumped to the highest since Aug. 19 at 1,940 as schools opened in September and vacation season is over, according to the government’s virus response center. Moscow had daily infections record in June at 9,120, but the city administration handled the wave without lockdown.

Adults in England will be told to wear face masks in indoor settings in public if cases surge this autumn, the Telegraph newspaper reported, without saying where it got the information. Boris Johnson’s government would oppose a national lockdown in the coming months because of high levels of vaccination. In addition, such a move is seen as preferable to reimposing social distancing rules because of the impact on the economy, the Telegraph said.

China’s National Health Commission sent a special team to a city in eastern China’s Fujian province after Covid-19 cases were reported, according to broadcaster CGTN.

There were six cases in Putian as of 4 p.m. Beijing time on Saturday, the report said.

Indonesia recorded 270 Covid-19 deaths on Saturday, the fewest since June 19. Daily infection rates continue to decline by 3.5%, according to the government’s health ministry. The country diagnosed 5,001 new coronavirus infections.

On Saturday, the country received 500,000 doses of the Johnson & Johnson vaccine from the Netherlands, according to a statement from the cabinet secretariat.

“Recognizing that players have no control over the extreme situation caused by the Covid-19 pandemic and sanitary restrictions currently imposed,” the member associations of Brazil, Chile, Mexico and Paraguay have withdrawn their complaints, FIFA said in a statement Saturday.

Iran has stepped up efforts to import coronavirus vaccines as its deaths and infections hit record levels in recent weeks and its multitude of domestic immunization initiatives struggle to get off the ground.

The Philippines will bar travelers from Azerbaijan, Guadeloupe, Guam, Israel, Kosovo, Montenegro, North Macedonia, Saint Lucia and Switzerland from Sept. 12 through Sept. 18, according to a statement from presidential spokesman Harry Roque on Friday evening.

U.S. Solicitor of Labor Seema Nanda held a virtual meeting with the U.S. Chamber of Commerce’s chief policy officer and other business lobbyists Friday, seeking to garner their support for an upcoming rule to require vaccinations or vaccine testing at much of the private sector.

It was one of at least three briefings the U.S. Labor Department held Friday for union leaders and employer associations, according to people familiar with the calls.

The delta outbreak in Australia’s largest state is showing signs of moderating. While New South Wales recorded 1,599 new cases in the past 24 hours — a fresh record number — the seven-day moving average rose at the slowest rate in five days, according to Bloomberg calculations based on official data. Lockdown restrictions were lifted overnight for several regional parts of the state, although Sydney residents remain under stay-at-home orders.

Neighboring Victoria recorded 450 new Covid cases in the past 24 hours, the highest daily number of the current outbreak, with just 75 infections linked to known clusters. Queensland recorded five new cases and will not go into lockdown today. State Premier Annastacia Palaszczuk says the next 24 to 48 hours will be “closely monitored” by health authorities. Meanwhile, New Zealand reported 23 new Covid cases in the community, all in Auckland.

Among the major measures President Joe Biden announced this week to get more Americans vaccinated, one high-profile move was missing: requiring vaccines or negative tests to get on an airplane.

Countries including France, Italy and Canada have imposed requirements, or will, for domestic travel as a way to slow the spread of the coronavirus and its emerging variants. Vaccine and testing requirements have taken hold widely for international flights, and the U.S. is weighing further restrictions on visitors, including a vaccine requirement for all foreign nationals.

But, at home, the U.S. still only requires a mask for domestic flights, despite calls from some health experts to raise the bar and require proof of vaccines or a negative test. Biden stopped short of tightening the rules when he unveiled a new series of vaccine mandates on Thursday that will affect millions of federal and health care workers, as well as a vaccine-or-testing requirement for any business with 100 or more staff.

Florida reported 2,448 additional Covid-19 deaths in its latest weekly report, the most ever in a similar period.

The daily average rose 4% to 350, according to calculations based on the report. That would surpass the high for the entire pandemic in Johns Hopkins University data. The state’s figures are based on when the death was reported, not when it occurred.

People 65-and-over accounted for 62% of the fatalities reported for the week ending Thursday. Over the entire pandemic, Florida seniors represent 78% of deaths.

Deaths are a lagging indicator. Cases among Florida residents fell 23% to 100,012 for the week, the report showed. The rate of positive tests fell in every age group, but it remains highest among 12-19 year-olds.

Top U.S. health officials believe the vaccine developed by Pfizer Inc. and BionTech SE could be approved for children 5 to 11 years old by the end of October, Reuters reported, citing two sources familiar with the situation.

That timeline is based on the expectation that Pfizer will have enough clinical trial data to seek emergency use authorization from regulators by the end of September. The Food and Drug Administration could make a decision within three weeks of the EUA submission, Reuters said.

Subscribe now to stay ahead with the most trusted business news source. 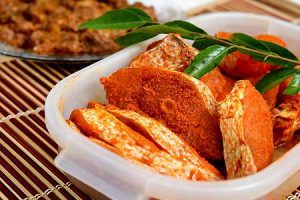 Is it healthy to consume read-to-eat foods? 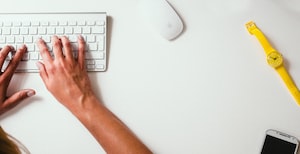